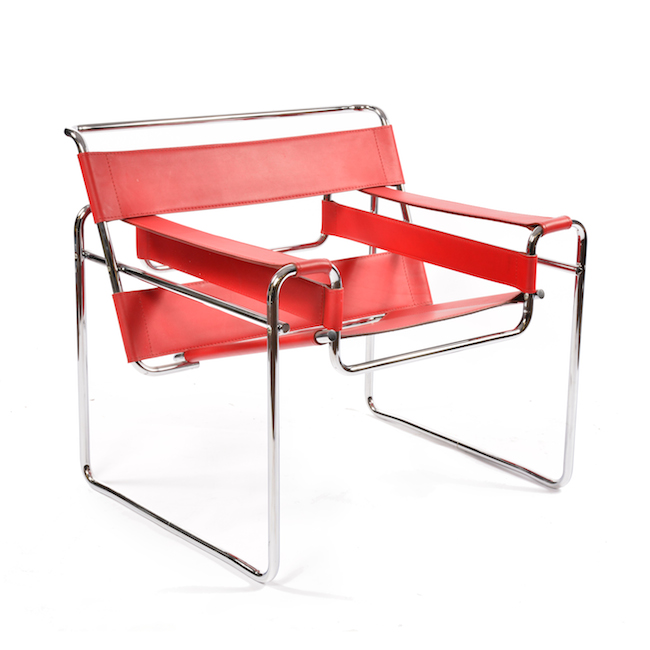 The Wassily Chair, designed by Marcel Breuer in 1925 is representative of the amazingly forward thinking that was taking place
at the Bauhaus School in Dessau, Germany. It took its name from Wassily Kandinsky, the famous painter, who, as a friend of Breuer's admired the chair in its early form development. Breuer completed one and gave it to his friend as a gift.
The roots of the style, its form and construct, are said to have been taken from Breuer's fascination of the bent tubing being used in bicycle handlebars. It was originally made of steel tubing and heavy canvas.